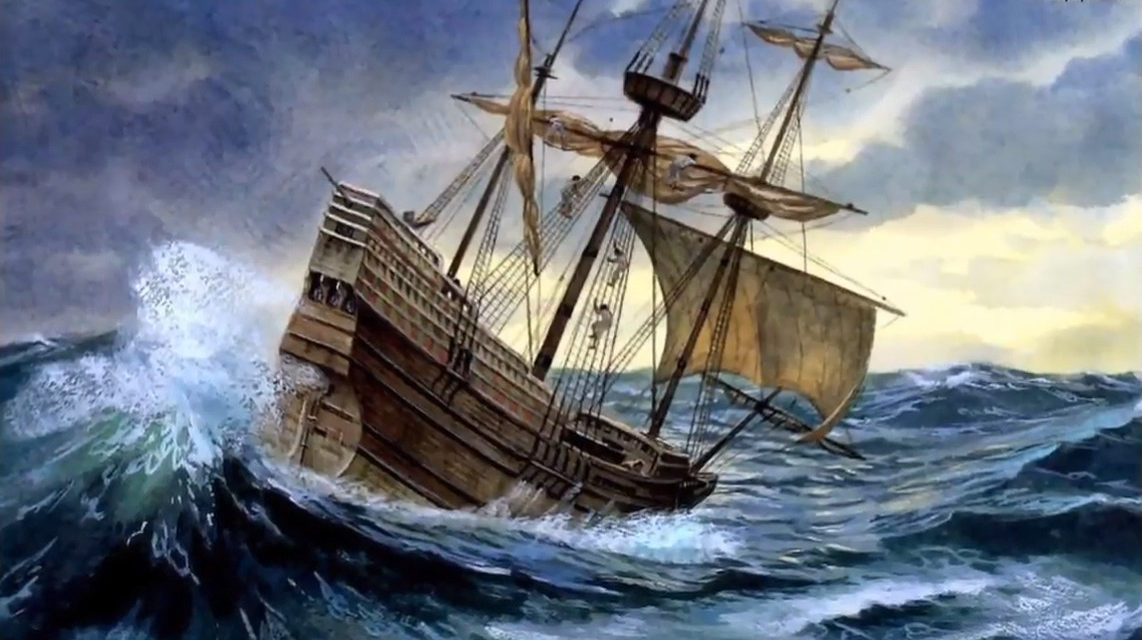 The message to Philadelphia as well as other messages to the seven churches of Revelation provide us with a prophetic overview of the experience of the Christian Church throughout history and Satan’s fierce attacks against her.

The previous message to the church of Sardis left us with a grim perspective. Jesus told the post-reformation Sardis church: “You have a name that you are alive, but you are dead,” and even “the few things which remain…are ready to die” (Revelation 3:1,2).

How refreshing it is, then, when we come to the church of Philadelphia. “And to the angel of the church in Philadelphia write: These things said He that is holy, He that is true, He that has the key of David, He that opens, and no one shuts; and shuts, and no one opens:  ‘I know your works. Behold, I have set before you an open door, and no one can shut it; for you have little strength, and have kept My word, and have not denied my name” (Revelation 3:7,8).

In contrast to all the other churches, the Philadelphia church is not condemned for anything. This period, from the mid-eighteenth through the mid-nineteenth centuries, was one in which the Christian church woke up from their “dead” Sardis condition and with their “little Strength” they “kept His word”, triggering the greatest revivals since the day of Pentecost.

This video can only provide a very brief overview of some of the major revivals that started in the eighteenth century. The Moravian Church, which began through the influence of John Huss in the 15th century, had been beaten down by persecution. But in 1727 a small group of Moravian Christians received what they described as “a visitation by the Holy Spirit” and “learned to love one another”. As a result, they came to life, grew rapidly, and were willing to go anywhere to spread the gospel.

A providential encounter with John and Charles  Wesley on a storm-tossed ship bound for Georgia helped prepare the way for an amazing reformation in England. The Holy Spirit who had filled the Moravians proved to be contagious. Wesley brothers were transformed from zealous legalists into love-compelled evangelists.

They took their message directly to the poor and organized the new believers into small groups for spiritual growth. Rather than relying on professional clergy, the members themselves were trained to be responsible for leadership and preaching. Their movement swept through England and transformed 18th-century British society.

One of the most powerful preachers among Wesley’s associates was George Whitefield. He took the message to America. In 1740, under the influence of his stirring sermons, the Great Awakening shook the American colonies. In 1780 the Sunday school movement began, teaching the fundamentals of Christianity to all levels of society. Later, in 1804 the Bible society was founded, resulting in massive distribution of the scriptures.

In 1792 William Carey helped to organize the Baptist Society for the Propagating of the Gospel among the Heathen. Carey himself was sent to India, and his letters inspired the formation of a whole host of mission societies. The Missionary movement of the 1800’s sent wave after wave of teachers, doctors, and evangelists to Africa, Asia, South America, and the Islands of the sea. Ignoring the very real probability of premature death from disease or martyrdom, they brought the gospel to millions who had never heard of the name of Jesus.

One of the last reforms was the advent movement, a worldwide focus on the soon return of Christ.  This movement was predicted in the message to the church of Philadelphia. “Behold, I am coming quickly; hold fast what you have, that no one may take your crown” (Revelation 3:11).

If you have been following this series on the seven churches and have seen the steady and alarming decline of the Christian Church through the centuries, the obvious question is, “How did this happen?”

How did the Church go from 1600 years of free-fall to all of a sudden full-out revival?

The answer is found right at the beginning of the message to Philadelphia. “For you have a little strength, and have kept My word” (Revelation 3:8).

For most of the Christian era, the church in general has not had God’s word, so they could not keep it. Yes, there were hand-copied manuscripts in ancient languages that a few clergy and scholars had access to. But few could read and understand. It was not until the 1380’s that Wycliff translated the scriptures into English, and his Bible was still hand-copied.

Gutenberg didn’t invent the printing press until the 1450’s, but even though his first book to be printed was a Bible, it was a Latin Bible. It wasn’t until the 1520’s that Luther and Tyndall printed Bibles in German and English, and most of their Bibles were bought up by church leaders in order to be destroyed.

The King James Bible was translated in 1611, but it was not until the Philadelphia period that the Bible became readily available to the average citizen. And we should never underestimate the power of having God’s Word available. The Holy Spirit can and does give us thoughts and impressions, but through the scriptures, the Holy Spirit transforms lives, societies, and the world. And that is what happened during the Philadelphia era.

Two really important things happened under this influence, and in this video we only have time to barely scratch the surface.

In Revelation 13:3 we learn that the beast from the sea receives a deadly wound. A fascinating time prophecy from  Daniel chapter 7 reveals that the deadly wound takes place during the Philadelphia period.

The light shining from God’s word set in motion a series of events, some spiritual and some political, that severely damaged and limited the ability of false, oppressive Christianity to keep the world in spiritual darkness. The result was the great reforms of the 18th and 19th centuries.

An even more amazing result of the explosion of availability of God’s Word is prophesied in the message to the Church of Philadelphia. “See, I have set before you an open door, and no one can shut it” (Revelation 3:8). When we get to chapter 4 we will see the same language used. “I looked, and behold, an open door in heaven” (Revelation 4:1).

You may remember from Revelation of Jesus #1 Introduction that the key to understanding the book of Revelation is that it is composed of scriptural links where a verse in Revelation alludes to another verse that explains it. That is what we have here: the exact Greek wording for the open door, which is found nowhere else in the Bible, shows that these two verses refer to the same thing.

When we get to chapter 4 we will find that the open door in heaven is the door into the Most Holy Place of the heavenly sanctuary, which is opened when a critical phase of the judgment begins. This is not a judgment where God finds out who has been good enough for heaven; after all, God already knows everything.

This is a judgment in which the angels and the whole intelligent universe make decisions that allow God to bring sin to an eternal end, but at the same time to save sinners to live forever with Him.

Daniel describes it this way: “I was watching; and the same horn [that is, the sea beast of Revelation 13] was making war against the saints and prevailing against them; until the Ancient of Days [God] came, and a judgment was made in favor of the saints of the Most High, and the time came for the saints to possess the kingdom” (Daniel 7:21,22). This judgment was able to begin when God’s word invaded the world during the Philadelphia era.

At this point, I have presented an overview of these concepts without scriptural support. I am asking you to just keep an open mind. We will go into the details of the judgment and the time prophecies of Daniel in future videos, starting when we get to chapter 4.

In the meantime, if you would like to get more details or find out now what really happened in heaven during the Philadelphia era, all of that is available in the book  A Revelation of Jesus by David Lackey.

Subscribe to my you-tube channel to see previous and future videos in the Revelation of Jesus series. 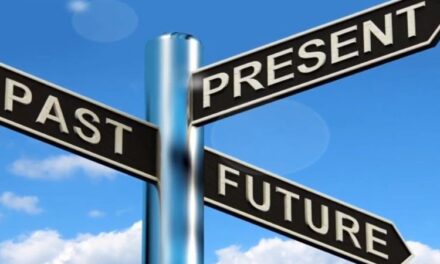 Models of interpretation. Revelation of Jesus 2 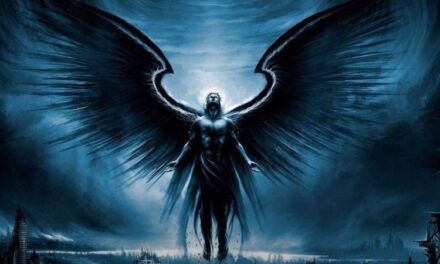 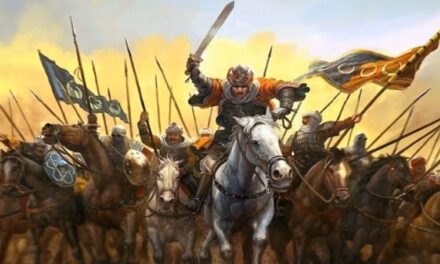 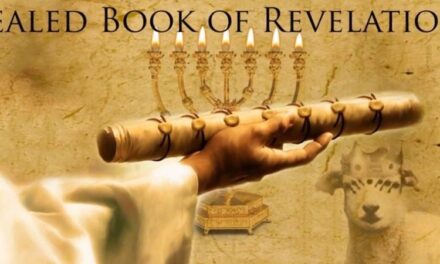